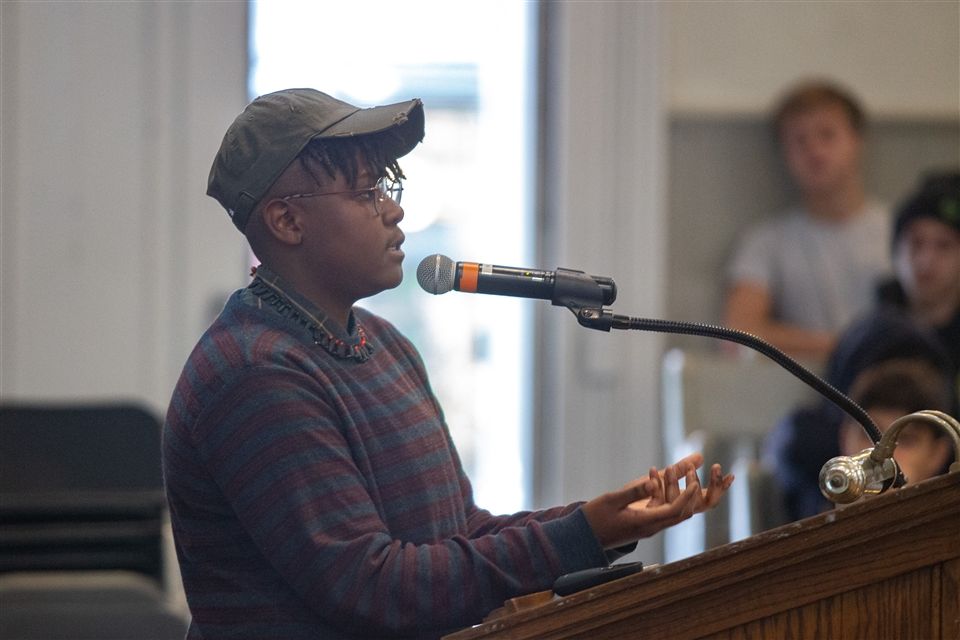 The Upper School Service Committee was excited to host climate youth-activist Vic Barrett for Tuesday's Learn & Serve Assembly. On the heels of the Climate Strike and our coastal cleanup with Ocean Conservancy, student leaders worked to offer an assembly in which everyone could learn more about advocacy efforts concerning the climate. Vic Barrett, one of the plaintiffs for Juliana vs. U.S., is fighting hard for a future for all of us. Barrett witnessed the reality of climate change firsthand, as he was among the many impacted by the climate change fueled superstorm, Hurricane Sandy in 2012, which left his family and school without power. He became involved in activism in high school by becoming a member of Global Kids, an organization that focuses on developing leadership skills for youth. He then became a Fellow with the Alliance for Climate Education and spoke at the COP21 UN Conference on Climate Change in Paris in 2015, at the age of 15. Barrett was among 400,000 participants in the People’s Climate March in NYC and delivered a speech at the United Nations General Assembly in support of sustainable development goals.


With all of these achievements under his belt before age 18, Barrett has his eyes set on his biggest target to date: The federal government. He is among 21 youth activists between the ages of 10 and 21 who are actively suing the government to take action on climate change in Juliana vs. U.S. The suit states that the government violated youth rights by allowing activities that harmed the climate, and are asking for progressive changes to current carbon dioxide emissions. Barrett understands that it is his generation that will be impacted by the policies and decisions of older generations refusing to combat climate change and make meaningful changes towards a sustainable environment. Most recently, some of our student body heard Barrett speak at the NYC Climate Strike where he told a crowd of at least 100,000 why climate justice needs to be highlighted and black, brown, and indigenous voices centered.


Following the assembly, Barrett joined students from the Service Committee, SEED, Raising Awareness Advocating Diversity (RAAD) club, and PAC for an interview that will be posted on News-Decoder, a web-based news platform for student journalists from 17 countries.