Deeply troubled by the ongoing incidents of Anti-Asian hate in New York and the greater United States, the Asian Culture Club collaborated with the School’s Center for Peace, Equity and Justice to organize delegations consisting of Upper School students, parents and community members from Friends, and lobbyists from the Friends Committee on National Legislation (FCNL), to lobby for the provisions of H.Res.908, Condemning All Forms of Anti-Asian Sentiment As Related to COVID-19 (Now H.Res.151 in the 117th Congress). The resolution, passed in the House last September, denounces all manifestations of expressions of racism, xenophobia, discrimination, anti-Asian sentiment, scapegoating, and ethnic or religious intolerance related to COVID-19. 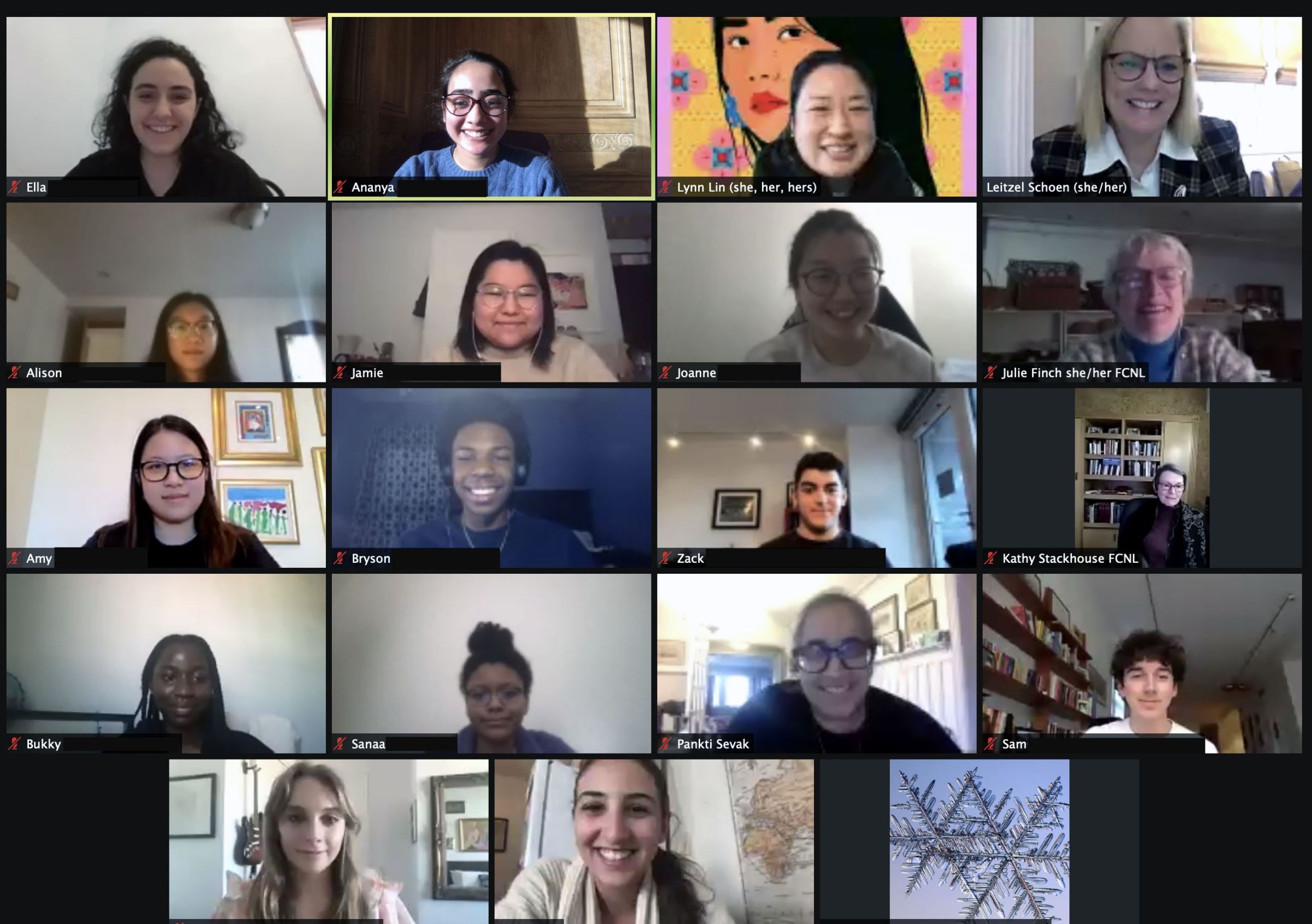 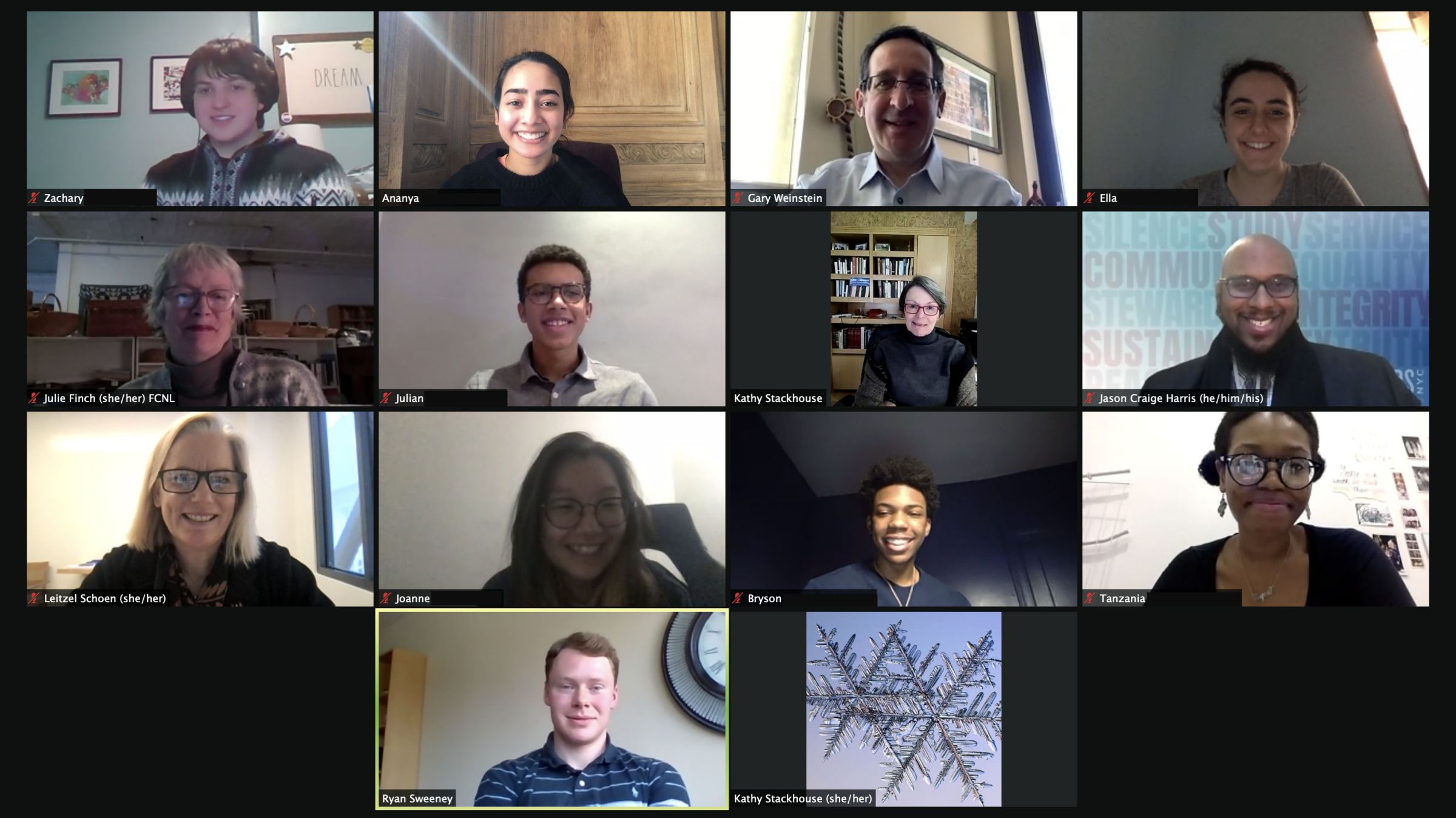 Congresswoman Grace Meng (6th District) who reintroduced the resolution declared, “In light of the recent dramatic increase of anti-Asian hate incidents across our country, we all must coalesce and renew our efforts...It is also critical for the new Congress, which includes many new U.S. Representatives, to take a strong stand against this prejudice and bigotry as well. Over the past year, there have been some 3,000 reported incidents of anti-Asian hate crimes including a recent rise in assaults against elderly Asian Americans. Although President Trump has left office, his past rhetoric and use of disparaging terms such as ‘Chinese virus’ and ‘Kung-flu’ continues to heighten people’s fears of COVID-19, and fuel everything from verbal assaults to physical attacks towards those of Asian descent. We must denounce any and all anti-Asian sentiment of any form, and stand against the sickening intolerance and violence that is leaving a terrible stain on our nation’s history, especially during this moment of an unprecedented public health crisis. I urge all of my colleagues to support this resolution." Click here to read Congresswoman Meng's entire press release and the updated provisions of H.Res.151.
Following lobbying training with FCNL, Friends met virtually with congressional staffers including Congressman Lee Zeldin (1st District) and Congressman Chris Jacobs (27th District) who voted against the resolution last year. The delegation members called upon the Congressmen to reconsider their stance on the resolution. They urged the Congressmen to 1) stand against anti-Asian sentiment in any form on their social media platforms, press releases and town halls; 2) work with schools to create ethnic studies courses about the experiences of Asian Americans and other people of color; 3) disseminate accurate, relevant, and accessible resources about the coronavirus and actively combat any misinformation or conspiracy theories that put Asian Americans at risk.
While met with steady resistance in the lobby visit with Congressman Zeldin's staffer, Friends members were not discouraged. They realized that this was probably one of very few meetings, perhaps the only meeting, the Congressman's office has had on this issue of anti-Asian discrimination and violence. They also recognized their victory that the staffer agreed to release statements standing against hate on the Congressman's social media. The delegation had a constructive conversation with Congressman Jacobs' staffer, who continued to engage with their requests, stories and questions. He was especially responsive to stories shared by Friends students and faculty.
A major takeaway from both lobby visits was that Republican Congressmen felt excluded from legislation and actions surrounding anti-Asian hate and similar racial justice issues. The staffers mentioned that they hope to see more bipartisan collaboration in future legislation. This point will be brought up in our next visit with Congresswoman Maloney's staffer next week. We will urge the Congresswoman, who is already a proud co-sponsor of H.Res.151, to reach across the aisle and help garner more support for the passage of the resolution in the 117th Congress.
Friends is proud of the resilience and hard work of the community members who contributed to the efforts. We would especially like to thank Lynn Lin for inspiring this initiative, Leitzel Schoen, Jason Craige Harris, Gary Weinstein and Pankti Sevak for their constant support of this student-led effort, SUNY Geneseo student Tashi Sherpa for joining us a constituent of Congressman Jacobs, and lobbyists Tanzania Thomas, Margaret Julie Finch and Kathy Stackhouse from FCNL for their strategic advice on planning the visits.
Back
Friends Seminary actively promotes diversity, equity, inclusion, and anti-racism in all its programs and operations, including admissions, financial aid, hiring, and all facets of the educational experience. To form a community which strives to reflect the world’s diversity, we do not discriminate on the basis of race or color, religion, nationality, ethnicity, economic background, physical ability, sex, gender identity or expression, or sexual orientation. Friends Seminary is an equal opportunity employer.
Friends Seminary — the oldest continuously operated, coeducational school in NYC — serves college-bound day students in Kindergarten-Grade 12.
FRIENDS SEMINARY
222 East 16th Street
New York, NY 10003
P: 212-979-5030
F: 212.979.5034