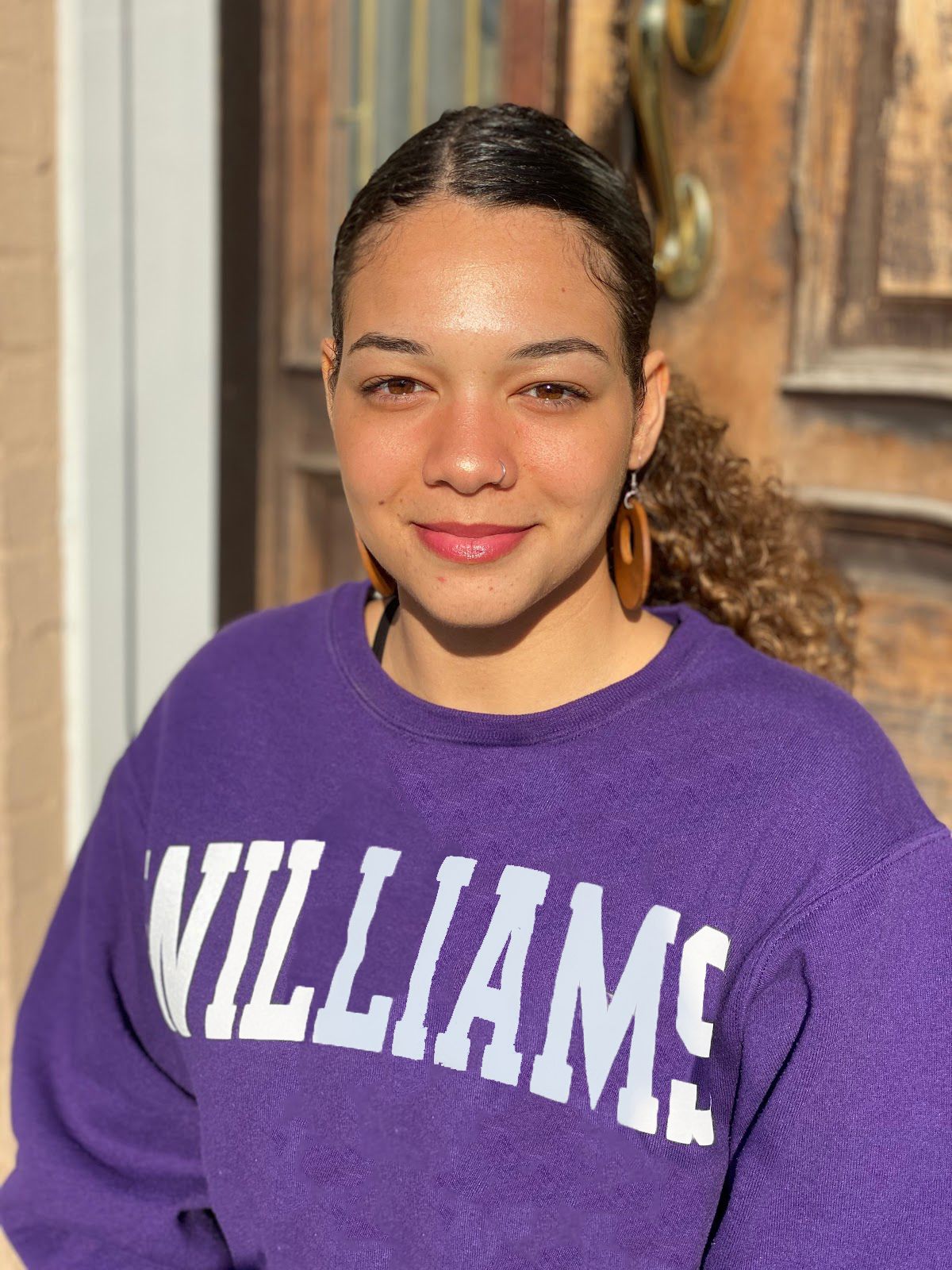 “We have to understand what the world is and that we have the power to restructure what things can be in the future.” Bless Reece ’18 is a prison abolitionist and rising junior at Williams College. At college, she is working to create change by sharing information about the criminal justice system and creating opportunities for empathy.
Bless, a psychology major, is a leader of the Converging Worlds campus club. This small but determined group partners with Black and Pink, an organization that pairs penpals from inside and outside prison. In February 2020, Converging Worlds brought Reinventing Reentry to Williams. Reinventing ReEntry conducts reentry simulations in order to educate about life post-incarceration. “I thought the idea of a simulation was really interesting; it’s hard for people to envision these processes because they don’t see the humanity in it. I didn’t know if a simulation would feel like a game, but we talked about ways for it to remain serious. It definitely grounds you to remember this is what people really go through.” Students and faculty were given identification cards as part of the simulation and asked to complete multiple tasks during the 90-minute session. “You’re waiting in line for the majority of the time. Some people were yelling. It definitely makes people feel personally attacked in a lot of ways.” Bless also completed a research project over the course of her winter study, culminating in a booklet titled “Returning Citizen’s Reentry: A Second Chance “ on the issues facing those who have been formerly incarcerated.
Bless believes that information is key to radical social change. “In a lot of ways, knowledge is power because there’s a lot of history that people don’t know about this system.” At Friends, Bless was deeply influenced by Director of Diversity and Inclusion Jason Craige Harris. “Jason has had a real impact on me. In his class, we were introduced to Michelle Alexander (author of The New Jim Crow).” Jason also introduced Bless to the leaders of Reinventing Reentry, helping her to bring the reentry simulation to Williams.
Throughout her booklet, Bless has inserted sections titled “Keep Your Head Up” which serve to inspire the reader and to highlight possibility. The work of an activist can be demanding; but Bless remains hopeful about the future. When asked about the ways the COVID-19 crisis has made an impact on prisons, Bless replied, “A lot of people want to get back to what normal is, but because this pandemic is so far reaching, it’s exposing all these cracks in the system that no one was paying attention to before. I think that instead of moving back to what we perceived as normal, we have an opportunity to move forward with prison reform.”
Back
Friends Seminary — the oldest continuously operated, coeducational school in NYC — serves college-bound day students in Kindergarten-Grade 12.