Dr. Meredith Evans ’90 I An Activist Archivist Committed to Representation 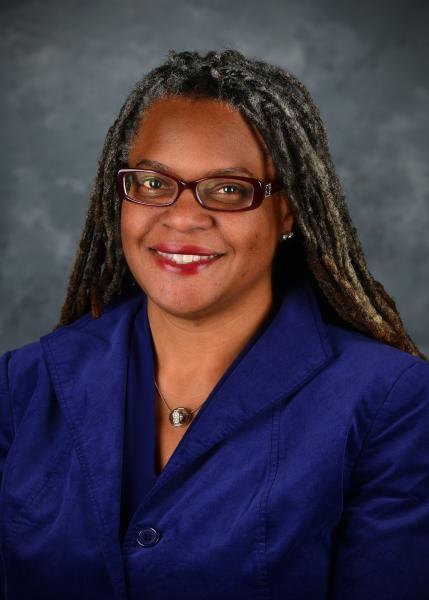 Dr. Meredith Evans ’90 is a manager of cultural institutions and at the core, an archivist whose work has always focused on supporting community collaborations. Through acquiring collections of documents and photographs that serve as evidence for written history, she has increased the representation of underrepresented communities. She has written extensively on the role and value of libraries and archives as advocacy organizations that document social change and help people see their role in society. Reflecting on her time at Friends, Meredith states, “I learned about compassion, hard work and the importance of working for others. I learned to support causes bigger than myself.”

While at Friends, Meredith founded the student organization Cultural Awareness Reaching Everyone (CARE). The purpose of CARE was to increase awareness of diversity at the School and to provide a forum for exposure to and appreciation of divergent cultures. Meredith explains, “It was more than just providing a safe space for students of color,” it was an opportunity for the larger student community to learn and be more respectful of other cultures. The School was receptive to their  ideas and changes were made. She comments, “In English class, I refused to read certain texts that were considered classics. I made my case, and classics by James Baldwin and Ralph Elison were incorporated.” The following year the School offered classes in African American literature and African American history. As a person of faith, Meredith still remembers sitting in Meeting for Worship following the death of Yusef Hawkins in 1989. Today, she feels like her mother did then, “I am distraught that students are having the same experience in 2020.”
These formative experiences continue to shape her personal and professional life. In her work as an archivist, Meredith actively supports the stewardship of cultural institutions that are actively recording the pandemic and the ongoing fight for racial justice. “In this pandemic we will rely heavily on digital media,” Meredith remarked. “We will gather everything from testimonials of healthcare workers, protesters and people trapped at home, to recorded Zoom calls to medical records. Gathering the information is the easy part. The great challenge will be to make it accessible.” Similarly to other responses to crises, Meredith and her colleagues across the country will do more than document experiences of hardship and sadness, they will record stories of creativity, innovation and ways communities came together to support neighbors and health workers.
During her tenure as Associate University Librarian at Washington University in St. Louis, Meredith collaborated with other cultural institutions, including the local historical society and museums, to document the killing of Michael Brown in Ferguson and the riots that ensued. Noting what made this point in history different, Meredith pointed out, “We created a platform for everyday people to upload their images anonymously. Their perspectives and opinions are preserved now and for future generations.”
Meredith currently serves as the Director of the Jimmy Carter Presidential Library and Museum and the President of the Society of American Archivists (SAA). As President of the Society of American Archivists, she is concerned about the preservation of information in the digital age. The days of families sharing letters from the attic or basement are over. This presents new challenges. “I worry about the 1990s and those out of date CPUs sitting in government office buildings. This is what keeps me up at night,” she explained. She is a fan of microfilm as a lasting medium, because it is easy to access and preserve. “All you need is a magnifying glass and a light.”
The Carter Library is more than a repository for Jimmy and Rosalynn Carter’s papers and artifacts; it is  also a museum committed to education. Through the life experiences of President and Mrs. Carter the public learns the importance of civic engagement, how government works, and their persistent support of civil and human rights. “The President doesn’t work alone, there are three branches of government and lots of constituencies.” Meredith is preparing for the next exhibit, International Paint Pals, a program that grew out of President Carter’s post presidency initiatives. The exhibition 2020 Visions of Peace will showcase children’s art and expressions about world peace. Art is a universal language. “We are teaching children to speak through art across the globe and continuing the mission to educate generations of young people” and commit to building lasting peace in the world.
Meredith earned a master’s degree in library science from Clark Atlanta University, a master’s degree in public history from North Carolina State University and a doctorate from the UNC Chapel Hill. She also served as Associate University Librarian at UNC Charlotte.
Back
Friends Seminary — the oldest continuously operated, coeducational school in NYC — serves college-bound day students in Kindergarten-Grade 12.